Servosis, a company without borders 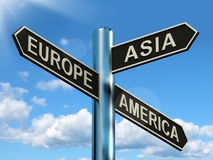 In addition to Spain, it has numerous clients throughout Europe, America and Asia.

The recognition of Servosis’ work goes beyond borders. Not only at a national level, where it is known for its collaborations with multiple universities or its distribution of products to different companies, but also for more than 20 years collaborating with entities abroad. The expansion began in Portugal and spread to other countries of the Old Continent to the point of proudly announcing all its agreements in America and Asia.

The longest relationship, and the one that still occupies the bulk of foreign clients and partners today, is with Portugal. The neighboring country traces its first collaborations to practically the birth of Servosis and its client list includes companies such as the construction company Betafiel or the technology and research center CATIM (Centro de Apoio Tecnológico à Indústria Metalomecânica). It also collaborates actively with the University of Coimbra and the Universidade Nova de Lisboa.

On the other side of the pond, Chile is the country with which it shares the closest ties. The growth of the mining sector and the high reputation Servosis enjoys throughout South America have forged an enormous bond with the University of Chile. Already two machines have been sent to them to study rock mechanics, two huge devices of 300 and 800 tons. In addition, in the rest of America, other collaborations with the Monterrey Institute of Technology, the Peruvian University of the Andes or the Wabtec Corporation of the United States stand out.

As if that were not enough, Servosis has continued to expand to countries such as India and China, which shows the global nature of the institution. For the most part, it has been clients from other residences who, after settling in these countries, have made the collaborations possible, but it has been the satisfactory service that has extended the relationships to the present day.

If you are interested in knowing more about our products and services, you can contact Servosis by phone at 916 91 68 61 or by email at comercial@servosis.com.

What does the UGR-FACT device consist of?

From Servosis we wish you a Merry Christmas!

What is a compression test about?